At the end of April, we were saddened to hear of the passing of Kenosha legend, Norm Nielsen.   Norm Nielsen was an internationally renowned magician and an inventor and innovator of all kinds of magic tricks and illusions.  He had a massive influence on the magic world and his illusions are still highly regarded today as some of the best in the industry.

In the early 1970’s, Norm approached Bothe Associates Inc. with a top-secret project: the Vanishing Bird Cage!  Any magician can make a bird disappear, but Norm had a vision for how to make the whole cage vanish.  Since this project was so secretive, we had to swear to keep all prints and designs under lock and key, and swear ourselves to secrecy as to the inner workings of the illusion.  Nowadays, we see NDA’s and legal documents about intellectual property, but this was a time when deals were made with handshakes and we were proud to have Norm put his faith in us.  Norm contracted with us to design and build (10) units of the Vanishing Bird Cage and it ultimately became one of his most famous tricks. 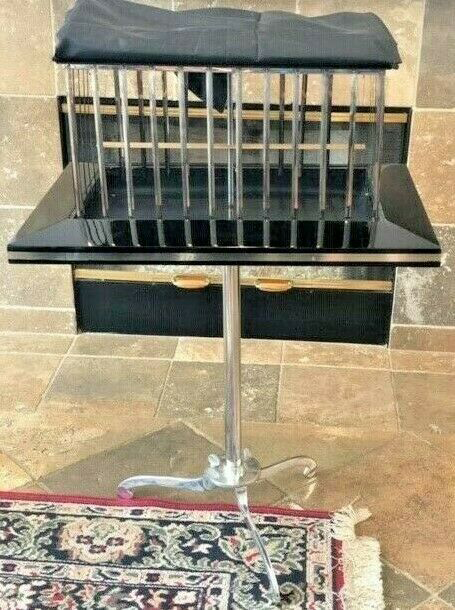 Most of our work is business to business, but we embrace our walk-in customers.  Sometimes they are eccentric inventor types, other times they are folks who need help with hobbies and home projects, but there’s only one Norm Nielsen and only one Vanishing Bird Cage. Norm was really a great guy and we are honored to say that this legend not only found us, but trusted us with his most valuable of secrets.  Rest in Peace, Norm, knowing that your secrets are safe with us.